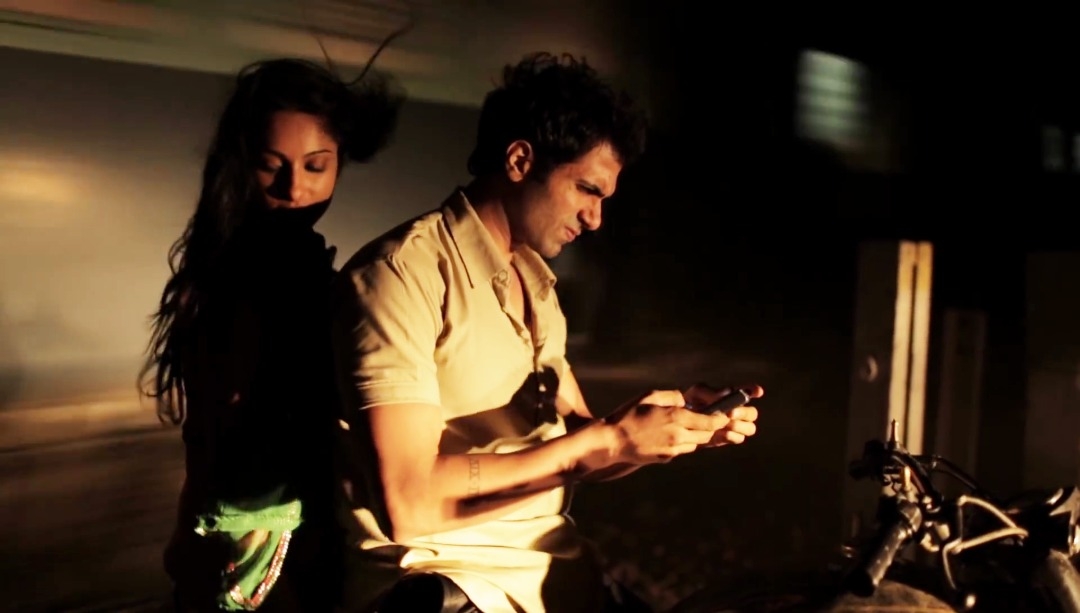 Rahul Dahiya’s debut feature G Kutta Se makes for a distressing watch. As do all films on honour killing and similar vices. Interestingly, Dahiya’s orbit is not mainstream and investigative like Priyadarshan’s Aakrosh. Nor is it a good dose of syrupy mush followed by numbing violence as seen in Nagraj Manjule’s Sairat. Dahiya’s characters thrive in their home turfs, doing what they have been conditioned to do for ages. Certain unwritten rules are suitably oppressive and others as flimsy as how one cannot marry from the same village. A significant subject, honour killings are infamous for their non-discussion. In a social setup as India’s, a lot of cases are brushed under the carpet as the skewed idea of honour finds veiled acceptance. Because a family, community, religion or whichever divisive criteria we have in place, all of it accumulates to a larger system that is filled with age-old norms and biases.

Keeping aside the honour killing part of it (which isn’t totally gender specific), one ought to look at G Kutta Se from an angle of deeply assimilated patriarchy. Dahiya projects a society where the male members display a certain firm propriety over their women. The rule is unsaid, and one that the women have already made peace with. Gender roles are designed and enforced by men. An anomalous act from their end has far-reaching consequences – sometimes triggered and performed by women themselves. More than the victim, I thought about these women and their tyrannized days of youth. Because being subjugated by men is one thing while developing and affirming ideas in their own personal belief system is another.

In a film that mirrors a society through two vaguely connected segments, you see the previously mentioned male propriety in the very first scene. There is an aged grandmother, sleeping in the same room as a young man and woman. Beds separated, the couple’s relationship isn’t defined and as the man makes advances, she pretends to be asleep. When a point reaches where she HAS to resist, she doesn’t yell or push him away. She slides out of the bed, making him feel embarrassed for an act that is anyway sinful. His hunger will not be satiated that easily, we are told. Soon we see the lead protagonist Virendar (Rajveer Singh) preventing his associate from touching the woman they abduct. He delivers a tiny speech on family values and consent. Minutes later, you see him putting his male propriety into action himself. And surprisingly, the girl doesn’t resist this time. Is it because he is the better looking of the lot? After all, she considers herself hot and is also aware how she used to exude oomph of superlative degrees, back in the day. There’s also an undercurrent of a possible romance in this phase. We see a tender hug slowly turn sexual. Consent? This time, it’s a yes without even knowing each others’ names. Among other things, I am curious whether it qualifies for the famous Stockholm Syndrome or is it just plain lust between two sex-starved souls.

A couple of times in G Kutta Se, in quick flashes, you see Virendar fantasize about women. You see a beautiful lehenga­-clad woman approaching a bare-chested Virendar, to plant a kiss. The second time, you see it around the sexual tension he has with his cousin sister. Very relatable, this brilliant touch shows how deprived young men and women are of each other in the region. To call for a quick contrast, meet cutes are unlike what you see in Mumbai’s Bandstand or Bangalore’s Cubbon Park. A band of shapeless cops shoo away love birds in a local park. No surprises but the whore word is reserved for women. A young couple travel in shared auto rickshaws, converse through paper chits. There are prying eyes everywhere, even as the couple meet up in private. They are so starved for flesh that an octogenarian has all rights to drool over an MMS clips that maligns a minor. So does the lusty Dheer who believes in consummating his relationship, even as the world is out to hunt him down.

The film’s setting, Haryana, is one state of India that is known for its veiled crimes. With a clear lack of literacy, reported complaints are scarce. G Kutta Se also reflects how this particular society normalizes crime. In the initial portions, you see Virendar (member of an otherwise ‘dignified’ family) indulge in extortion. In the same segment, you observe a man from a lower financial strata flee with his girlfriend’s jewels. The focus, however, refuses to go off the woman. She is married and has eloped from a loveless (not lust-less) marriage. Seemingly from an upper middle-class family, divorce is not an option at all – unless she wished to get outcast. As the first segment closes, Virendar and Preeti forge an extramarital arrangement which is convenient with only your personal values at risk.

Virendar is shown to be close to his sister. The teenaged girl who loves to paint sources her colour pens through him. In a clear metaphor, she is shown to keep a colourful butterfly in a glass jar with about 5 air holes on its lid. While freeing the butterfly, she makes it a point to a rub off some colour from its wings onto her canvas. Isn’t she and the fellow female members of her society living life akin to that stunning butterfly? Colourful and talented, freedom doesn’t seem to be of much value to these women. Thoughtfully named Diksha, the little girl soon distorts her name’s sanctity and hell breaks loose. Around the same time, we see Virendar taking their family dog (that is forever chained) to the vet. In an attempt to inject, they accidentally kill the animal. The brutal track that runs parallel at home and the way they culminate both is nauseating. The value of a life, be that of animal or a human member of the family stands questioned with a common funeral.

There are no profound solutions that ­G Kutta Se offers. Cops demand a mandatory FIR to be filed for a homicide. They are in a hurry to close the case, and their investigation is lopsided enough to help the wretched family escape scot-free. Given their dangerously naive minds, elderly women plot plans to electrocute the fallen woman in the family. Men on motorbikes slap women on butts and their response is far from icy. Gunshots continue to be shot at wedding processions. Appropriately named, the leading lady Kiran (a terrific Neha Chauhan) turns out bolder than you expect. Her actions and their consequences, anyhow, aren’t evaluated as the film ends. Previously in a brief moment with her brother, she explains how death is a destination of no return. Possible she gained this wisdom from the society’s conceited idea of honour killings. G Kutta Se doesn’t offer much of a woman’s perspective besides this. However, it is appreciable how the film turns out more than just an important one. Employing relatively new faces and with cinematography and editing that are decidedly rugged, there’s a rawness that G Kutta Se confidently flaunts. For Indian standards, it isn’t an excessively violent film but it is bound to send a shiver down your spine for being the most unadulterated (fictional) take on the subject ever. And that says a lot.