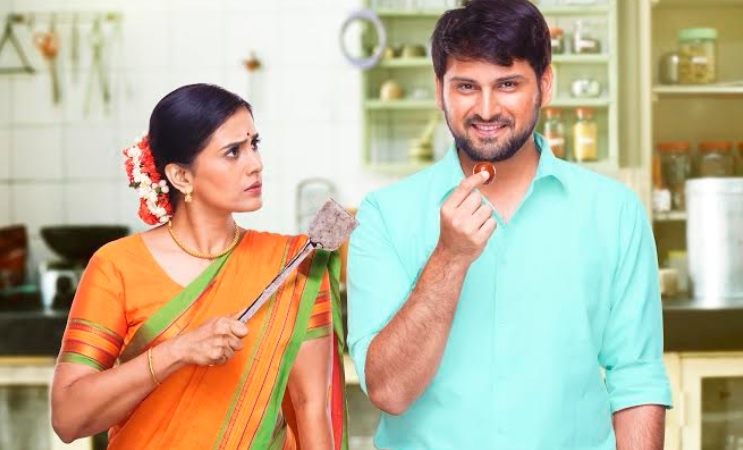 For a cinema lover, there is no feeling better than exiting the auditorium all teary-eyed with the film’s visuals and original score lingering for many more hours. To be a little more personal, it feels even better when there’s an air of contentment, especially if the film evokes a sense of experience without being pretentious at it. Director Sachin Kundalkar’s Gulabjaam starring Sonali Kulkarni and Siddharth Chandekar gave me all of it. If not a little more than what I had gone seeking.

Talking about experiences, there’s a brief moment in the film wherein the characters discuss the difference between experiences and memories. Gulabjaam’s protagonist Radha Agarkar (Kulkarni) doesn’t cultivate memories thanks to the unique trail that her life chose to take. She doesn’t seem to regret anything as such. For a fact, she also is unable to develop repentance – be it for her curt demeanour or for her refusal to deal with her secluded life. Here I must add how Kundalkar’s female lead, was reminiscent of the Manisha Koirala’s Maya Devi in 2017’s Dear Maya. However, the film outlines the situation in a much-better fashion while giving well-defined character arcs to the principal cast. Radha remains in the 1990s and we are shown flashes of her unruly existence through an array of disparate objects. Our sojourn into her life is through the eyes of a passionate young man who wants to learn the nuances of authentic Marathi cuisine from her.

Aditya Naik (Chandekar) is from Mumbai and he doesn’t opt for a way to learn it in the metropolis. He reaches Pune – a city that gleams with its Maharashtrian quintessence – and it is only destiny that brings him to Radha’s doorstep. Theirs is not an easy relationship to explore, given the fact that Aditya is not too young and Radha is not very aged. The progression of their friendship is organic and the revelations are made when the time is just right.

And then there is food, shot with mouth-watering finesse (Milind Jog), that will make even a major non-foodie feel gluttonous. Radha says at one point, “Only those who don’t know how to cook will use excess garlic and onions in their dishes. It will take away the vegetable’s actual taste,” A line that you would otherwise hear in a Yasujirō Ozu or Hirokazu Koreeda film, I could not stop comparing it to the Kundalkar’s filmmaking style. He doesn’t resort to unnecessary flavouring that cuts out the essence of the story. If you are familiar with his earlier works, the director’s penchant to play with unconventional camera angles is seen in Gulabjaam as well. So is the manner in which the characters and their immediate personal lives are designed. We witness Radha immerse herself in Ranbir Kapoor’s Tamasha and Ae Dil Hai Mushkil with rapt attention. She declares later that when a film is being seen, it is someone else’s time that we are living. Besides explaining her mindscape, the statement also sums up how a lot of us treat films as a medium of escapism. Forming a lovely metaphor, we feel incredibly fulfilled as Radha gulps the gulabjaams prepared by Aditya with a drop of tear flowing down her cheek.

For someone with a filmography as Sonali Kulkarni’s, one can’t dare say that this is the role of her lifetime. Still, I could see this powerhouse actor unleashing an unseen side as Radha. Timid, temperamental and non-existent in another person’s life, Radha’s state-of-mind is something that can easily be empathized with. To Kulkarni’s credit, she owns every frame that she is in with the kind of flair that is characteristic of her. It’s impossible not to sob as you see the actor discover those little pleasures in life. Case in point is the brief scene where she is gifted a saree by an elderly client. Kulkarni’s spontaneous reaction is easily worth your trip to the cinema hall. Siddharth Chandekar’s intrinsic charm works perfectly to make him the best candidate to play the persistent Aditya Naik. Among other things, why were his trousers hinging uncomfortably on a pair of suspenders when he was already wearing a belt? What kind of NRI fashion faux pas was that? Only the costume designer can explain, I assume.

As the show ended I wondered why Sachin Kundalkar decided to craft this story in Marathi.  For someone who could gift the Rani Mukerji admirer in me with a lifetime of unforgettable visuals through Aiyyaa, a Hindi feature film could have earned the film a little more visibility. Upon introspection, I realized why I would never read writings by Kamala Das in English, although it happens to be the language that I write in. Because there’s nothing as flavourful when the subject matter is deeply entrenched in the soil that it sprouts from.

Sachin Kundalkar’s Gulabjaam is a delectable Marathi dish that reaffirms our faith in contemporary Indian cinema. Along with co-writer Tejas Modak, the filmmaker not only gifts us the finest Indian film of 2018 so far but also makes us crave for the delicacy that Maharashtrian cuisine appears to be.

Watch the trailer of Gulabjaam here! 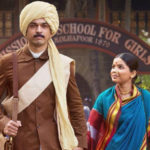 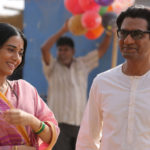